skip to main | skip to sidebar

Last Night, Long Ago at the 2010 Ellensburg Film Festival

Last Night, Long Ago is an Official Selection at the 2010 Ellensburg Film Festival, playing Saturday (October 2nd), 3:00PM, playing with The Last Campaign of Booth Gardner at the Grand Meridian Cinema!

Posted by scottballardfilms at 4:28 PM 0 comments

Enter the Beard at the 2010 New Hampshire Film Festvial

Enter the Beard is an Official Selection at the 2010 New Hampshire Film Festival in Portsmouth, NH - October 14 - 17!

Posted by scottballardfilms at 4:25 PM 1 comments

Enter the Beard at the 2010 Coney Island Film Festival 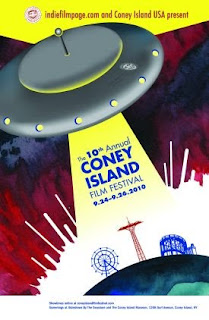 Enter the Beard is playing this afternoon as an Official Selection at the 2010 Coney Island Film Festival!
http://www.coneyislandfilmfestival.com/

Posted by scottballardfilms at 4:23 PM 0 comments

Enter The Beard at the 2010 DC Shorts Film Festival

Enter the Beard has a successful run at this year's DC Shorts Film Festival - winning both Audience Choice and Filmmaker Favorite awards!
http://www.dcshorts.com

Posted by scottballardfilms at 4:16 PM 0 comments

I've started a new campaign to raise some funds to help feed the crew and rent some equipment! Please check it out at:
http://www.indiegogo.com/Welcoming-Departure

Posted by scottballardfilms at 12:26 AM 0 comments

Last Night, Long Ago at the 2010 Woods Hole Film Festival

Last Night, Long Ago head to it's 4th festival on August 4th at the Woods Hole Film Festival on Cape Cod. http://www.woodsholefilmfestival.org/2010/films10/index.php?s=5

Posted by scottballardfilms at 5:23 PM 0 comments 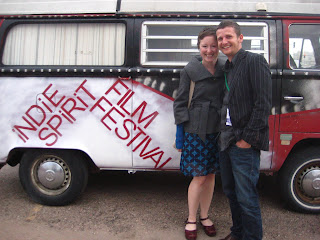 Last week, Last Night, Long Ago played at the 3rd Indie Spirit Film Festival in Colorado Springs - A great festival run by passionate people! We had a great time, meeting a lot of fellow filmmakers and film-goers. The screening went well, playing before the feature film, Earthwork by Chris Ordal.

Posted by scottballardfilms at 9:01 PM 0 comments

scottballardfilms
Portland, OR, United States
I am a cinematographer/videographer from Portland, Oregon. I am a recent graduate of Boston University's Graduate Film Production Program. My thesis film, Between Night - which was shot on 16mm in my hometown of Bellingham, Washington was an Official Selection of the Hartford International Film Festival in 2008. This blog is devoted to this film project as well as upcoming productions and project. I will also feature updates on my other projects including photography, writing and Gocco art cards and prints (Two Guitars Art Cards).

www.WelcomingDeparture.com Hank enjoys the quiet life. As the night custodian of the public library, his evenings are sequestered in the methodical routine of work. One day, his pattern faces disruption as he is forced to deal with the sudden appearance of a strange inheritance. Welcoming Departure is the first feature film for director Scott Ballard (Between Night, 2008 - Winning awards at the Indie Spirit and NW Projections film festival and Official Selection at the Big Island, Santa Fe, Tacoma, NW Local Sightings and Hartford film festivals). Welcoming Departure will share several stylistic and technical elements with the short film Between Night, as well as the lead actor - Tom Campbell. Cinematographer Dave Rosenblum will return as the Director of Photography for the project and Adam Upchurch as the editor. The film will be shot in Bellingham, WA and Portland, OR, beginning in October 2010. The final shooting format will depend on the amount raised - it will either be shot on Kodak film with an Eclair Super 16mm camera or on HD with a 35mm lens adapter. Current updates are available on the film's website – WelcomingDeparture.com. Detailed information on the filmmaker is available at ScottBallardFilms.com. Project location: Bellingham, WA & Portland, OR Donations are also accepted via Paypal in any chosen amount. The donations go directly toward funding the talent, crew and rentals - Thank you!

Set to begin principal photography in October 2010, Welcoming Departure, is an 80-minute film following the life of Hank, a night custodian at a public library. Hank's routine, his life and his hopes are drastically changed following a strange and mysterious inheritance which leads him on a discovery of his own past. The film will re-unite the production team behind Between Night, as well as some of the actors, including the lead, Tom Campbell. With a modest budget, Welcoming Departure will be shot in Bellingham, WA and Portland, OR.
I will be updating about the pre-production, locations and calls for crew and talent. I am also adding Paypal buttons for contributions for the project and a link to my Kickstarter site, where you can pledge and enjoy incentives. As the project goes into the production phase, I will use this blog to feature live updates from location, as well as clips and behind-the-scenes footage from the shoot. As the film is cut, I will post trailers, teasers, festival updates and distribution.
Stay tuned!

Scott Ballard Photography, where all proceeds from my original photography will go to my next film

Two Guitars Art Cards, where there are cards for sale to support the next film!

Links and Other Projects